Vestmannaeyjar, the so called Westman Islands is an archipelago around 10 km off the south coast of Iceland. With its beautiful nature, extensive wildlife (whales, seals and the largest Atlantic puffin colony in the world) it is a recommended place for tourists visiting Iceland.

The main island of Vestmannaeyjar, Heimaey and its population of around 4300 people, can be reached by a 40 minutes ride with the ferry Herjólfur from Landeyjahöfn on the south of mainland Iceland. The ferry departs 7 times per day, ensuring a frequent connection for travelers and locals.

The port of Vestmannaeyjar underwent a refurbishment during the first half of 2020. The quay wall had to be renewed, the same goes for the old fender systems, as in some parts old tires were used as fenders.

IRCA (Icelandic Road and Coastal Administration) awarded ShibataFenderTeam and its Icelandic Agent to design and manufacture the new fender systems. In total, 6 Element Fender Systems were installed on the refurbished berth. Each system consists of four pieces of Element Fenders (600 x 1000mm).

The ferries between Vestmannaeyjar and Landeyjahöfn are equipped with beltings which are like steel bumpers on vessel hulls. It was therefore essential that the fender panels were designed correctly applying corresponding load cases and with chamfers. A chamfer is like a bevel, placed on certain sides of the fender panel. During tidal variations or un-/loading, the ferries can slide up and down or along the panel, and chamfers avoid snagging of beltings during these movements. The chamfers also avoid that beltings get stuck on or below the panel and severe fender damages can be limited.

Landeyjahöfn, the second port of the ferry connection, is equipped with ShibataFenderTeam Fenders as well. Six Pile Fender Systems (with two CSS Cell Fenders each) were chosen for the berth and will be installed within the next weeks. Thorlákshöfn, the alternative port in case of bad weather in Landeyjahöfn, will be equipped with six Element Fender Systems, similar to Vestmannaeyjar.

ShibataFenderTeam is proud to have been chosen by IRCA for this important upgrade of ferry berths in Iceland and wish all three ports successful operations. (#4355) 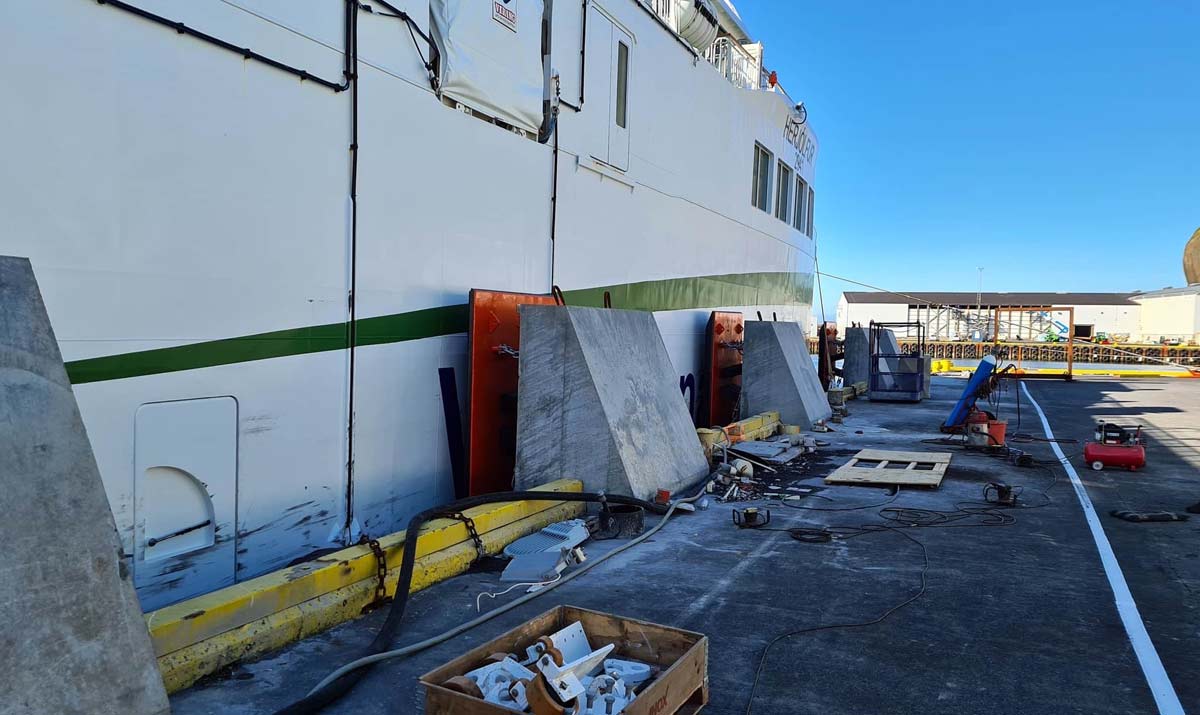 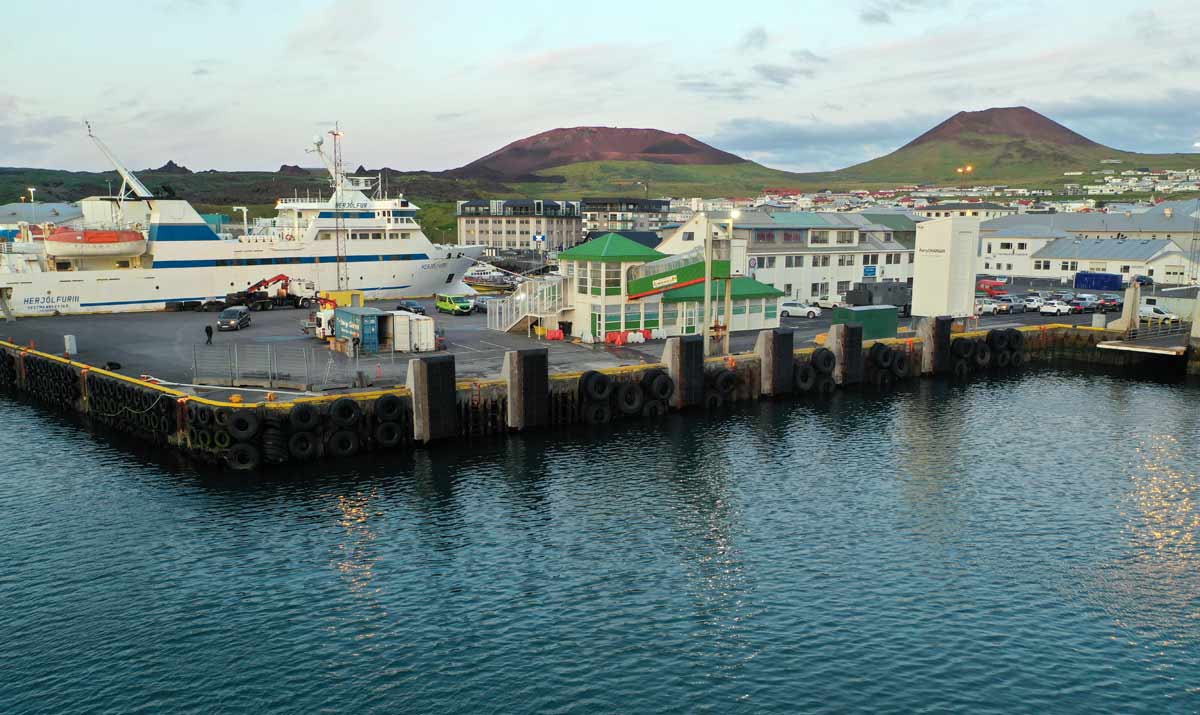