The recent dredging to the Port of Maputo access channel, early this year, from -11 meters below Chart Datum to accommodate vessels with a sailing draft of 14.2 meters on the tide served as an enabler to other infrastructure projects, some already taking place at the Port. 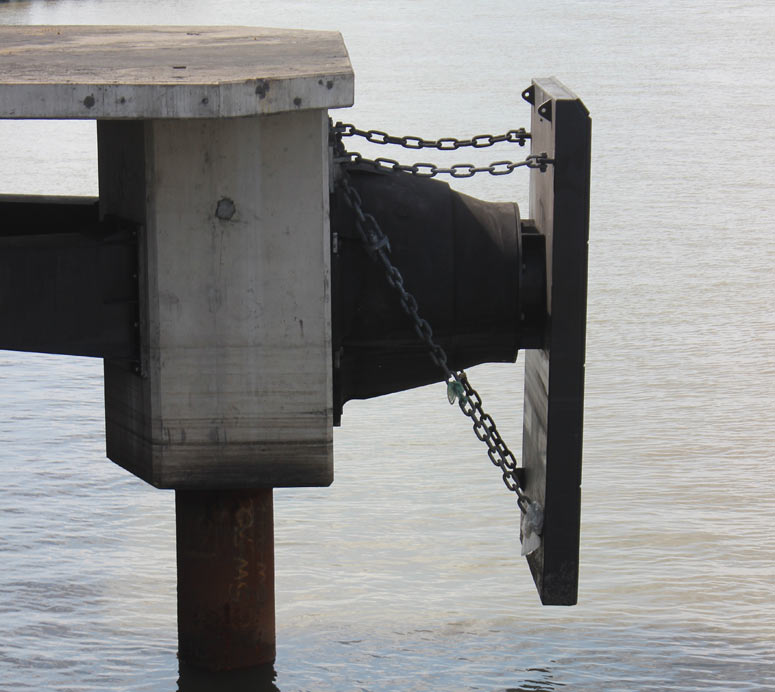 Grindrod’s Terminal de Carvão da Matola (TCM) operates an open storage dry-bulk terminal in Mozambique which has an export throughput capacity of 7.5 million tonnes, handling magnetite and coal. It is the port’s first terminal to take full advantage of the dredging initiative with the completion of the Berth Deepening and Quay Offset project.
Grindrod works closely with Caminhos de Ferro de Mozambique (CFM) and Transnet Freight Rail to create export capacity for both the established and Junior Coal Mining community of Southern Africa.

Subtech Norte Limitada was awarded the Quay Offset project. It involved dredging the berth pocket, scour protection of the quay wall and installation of a new fender spacer system. The fender support structures were designed and built by Subtech, together with the new fender systems which Subtech ordered from ShibataFenderTeam.

ShibataFenderTeam manufactured and supplied six SPC 1600 Fender systems (G1.1), each system comprising of a SPC 1600 Rubber Cone Fender, a closed box fender panel fitted with UHMW-PE low friction face pads, a set of cast-in anchors, tension and weight chain assemblies, chain brackets and all fasteners plus one set of spare components.
Subtech completed this contract on 3 July 2017, which involved the installation and commissioning of the new fender support structures and new fender systems within a 19 calendar day operational shutdown period of the existing quay, which was a remarkable achievement.

The project was designed to extend the quay by a 8.5 meters offset, while the existing berth pocket was deepened to -15.4 meters below Chart Datum to accommodate fully-laden Panamax vessels. The berth was reopened on 5 July 2017 after completion of the ship loader modifications and the first Panamax vessel successfully loaded 83,403 tons and sailed on 8 July destined for China.

We wish the Port of Maputo successful operations.